In Light of History

As part of Baltimore’s first Light City Festival, In Light of History offers an opportunity for viewers to reflect on Baltimore’s domestic slave trade. Old-fashioned street lamps with colored lights mark select locations along Baltimore’s waterfront that were once prominent sites for participants in the trade during the 1830s through 1850s. Slave dealers and Baltimore merchants transported African American slaves in and out of the the city, advertised their human property and their desire to buy, and negotiated sales and rental agreements to fulfill the needs for labor in the city and far beyond.

This installation is just the start of a project intended to explore Baltimore’s stories of both slavery and freedom. During the same time the slave trade flourished in Baltimore, there were slave owners in the city who voluntarily freed their slaves, abolitionists who called for an end to slavery, philanthropists who began schools for blacks, and a population of free blacks that far exceeded those enslaved, working as skilled laborers and artisans across the city.

This site includes more of the newspaper articles, books, documents and digital media that informed the City Light Festival installation. The history of the lives of Baltimore’s merchants and slave traders, its abolitionists and agitators, its free black and immigrant populations weave together to tell a complex story of economic growth, survival, and cultural change. We hope that In Light of History will encourage further exploration of the facts behind Baltimore’s history of tragedy and survival, and inspire conversations of what this history implies for our future.

In Light of History Newspaper 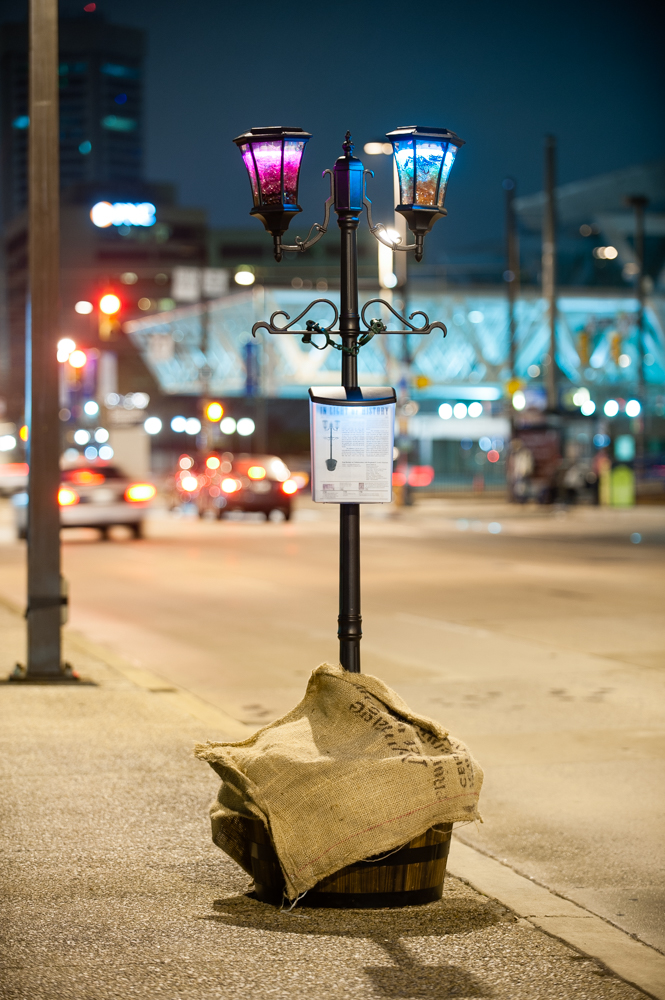 CASH FOR NEGROES – The undersigned continues at his old stand No. 13 Camden Street to pay the highest prices for Negroes by railroad or steamboat, will find it very convenient to secure their Negroes, as my jail is adjoining the railroad depot, and near the steamboat landings. Negroes received for safe keeping.

NEGROES WANTED. The highest cash prices will be given for NEGROES. I WISH TO PURCHASE A LARGE LOT OF Negroes for Sugar and Cotton Planters. I also will give the largest sort of prices for House Servants or Mechanics. Those having such for sale, will find it to their interest to call at my office, Camden street, in the rear of the railroad Depot.

FIFTY DOLLARS REWARD –Ran away on the night of the 11th of Sept., a NEGRO WOMAN, named Sarah Green, 32 years of age, dark brown color, tall and straight, rather long waisted. Has lost her upper front teeth; her dress was reddish figured calico; had on cotton plaid handkerchief on her head. She was lately purchased from Richard Gardener, near Annapolis. Her mother (Hanna Green) lives in Strawberry Alley near Caroline Meeting House.

The above reward will be paid upon delivery of her at J.S. DONOVAN, Pratt street, near Cove. 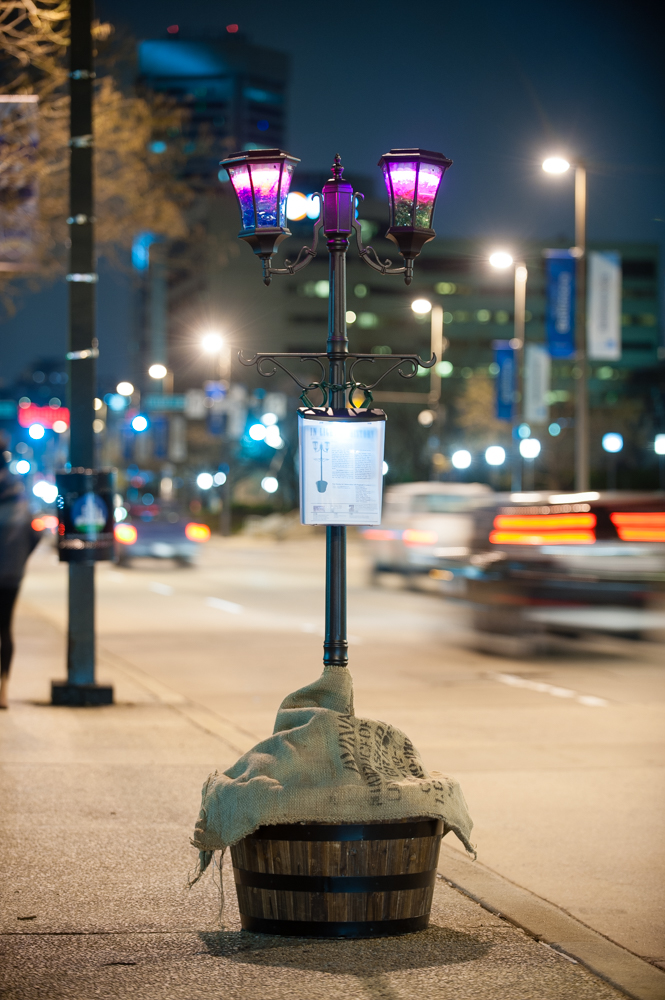 Negroes Wanted – Having recently returned from New Orleans and being desirous to purchase a large number of Negroes, such as field hands, house servants and mechanics for which I will pay the very highest cash prices. Persons having negroes to dispose of will find it to their interest to call on me at my old establishment, No. 242 PRATT Street, between Sharp and Howard.

All communications promptly attended to if addressed to HOPE H.SLATTER Baltimore.

CASH FOR NEGROES – The subscriber has built a large and extensive establishment and private jail for the keeping of SLAVES, in PRATT., one door from Howard St. opposite the Circus or Repository. The building having been erected under his own inspection, and without regard to price; planned and arranged upon the most approved principle, with an eye to comfort and convenience, not surpassed by any establishment of the kind in the United States, is now ready to receive SLAVES. The male and female apartments are completely separate—the rooms for both are large, light and airy, and all above ground, with a fine large yard for exercise, with pure delightful water within doors. In erecting and planning this edifice, the subscriber had an eye to health and cleanliness of the slaves, as well as the many other necessary conveniences. Having a wish to accommodate my Southern friends and others in the trade. I am determined to Keep them on the lowest possible terms, at twenty-five cents per head a day, and furnish them with plenty of good and wholesome provisions. Such security and confidence I have in my building, that I hold myself bound to make good all jail breaking, or escape from my establishment. I also will receive, ship or forward to any place, at the request of the owner, and give it my personal attention.

N.B.—Cash and the highest prices will at all times be given for likely slaves of both sexes with good and sufficient titles. Persons having such property to dispose of, would do well to see me before they sell, as I am always purchasing for the New Orleans market-, or my agent can at all times be found at my office in the basement story of my new building.

NEGROES WANTED. The highest cash prices will at all times be given for NEGROES of both sexes, that are slaves for life, and good titles. My office is PRATT STREET, between Sharp and Howard sts., No. 86 where myself or my agent, Jonathan M. Wilson, can be seen at all times. All persons have Negroes to sell would do well to see me before they dispose of them, as I am now the largest dealer who is engaged in the trade, and always buying and shipping to the New Orleans market. I will also receive and keep Negroes at twenty-five cents each per day, and forward them to any Southern port at the request of the owner. My establishment is large, comfortable, airy and all above ground, and kept in complete order, with a large yard for exercise and is the strongest and most splendid building of the kind in the United States.

CASH FOR FIVE HUNDRED NEGROES—At the old establishment of SLATTER’S NO.244 PRATT STREET, Baltimore, between Sharp and Howard streets, where the highest prices are paid, which is well known. We have large accommodations for Negroes, and always buying. Receiving regular shippers to New Orleans, persons should bring their property here no commissions are paid, as the owners lose it.

All communications attended to promptly by addressing H.F. SLATTER

$100 Reward – Ran away from the subscriber on the 20th day of January last, a NEGRO WOMAN, named Eby Mattox, about twenty one years of age, of brownish color – about 5 feet 4 or 5 inches high – having with her a female child, about three months old.

The above reward will be paid upon the delivery of the said Negro to HOPE H. SLATTER, NO. 242 Pratt street, Baltimore, Md
A.M. Miles

FIVE HUNDRED DOLLARS REWARD
Ran away from the subscriber on the night of the 12th., a bright MULATTO MAN, who calls himself STEPHEN TITBALL, and was raised in Winchester, Va. He is about the age of 22 years, 5 feet 6 or 7 inches high, good suit of hair, he has no scars except one presently made by falling his back against a stove, and not yet healed, he carried with him different suits of clothes—among them a suit of livery blue cloth, with gold lace on the collar and cuffs he has a very pleasing countenance when spoken to, carries himself very erect, and is of good general appearance.

The above reward will be given for his arrest and delivery to me.
HOPE H. SLATTER 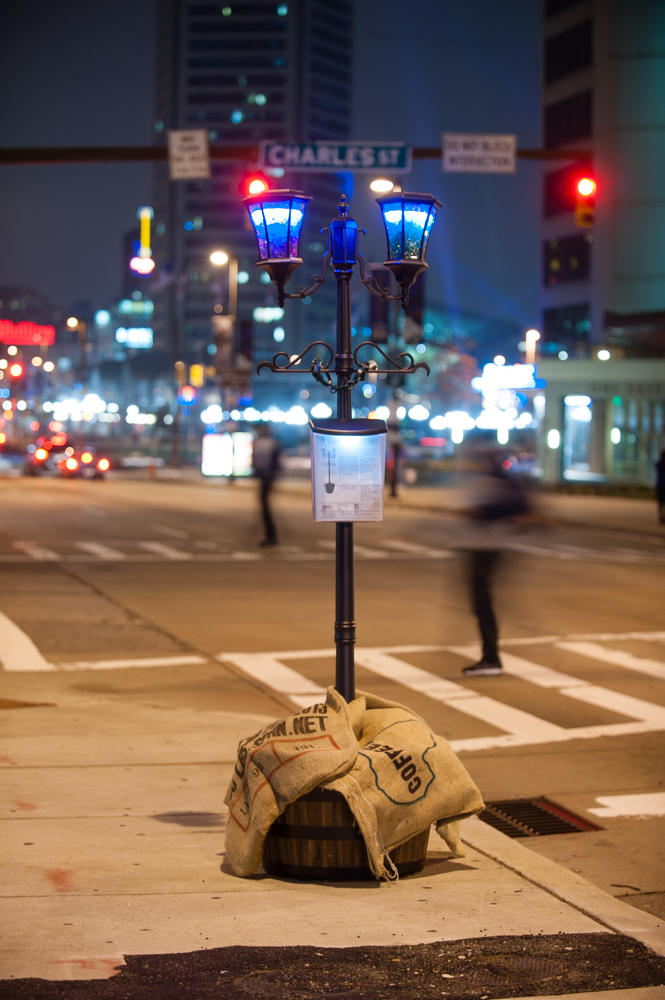 SLAVES WANTED – All persons who desire the largest kind of prices for SLAVES they may wish to sell, will be sure to receive it by calling at our office, No. 26 CONWAY Street, before selling we are at all times anxious to make purchases in that way of Cooks, Washers, and Ironers etc. Also every kind of mechanics and families of Slaves. All communications addressed to us will be attended to immediately. We receive Negroes which are for sale on board at 26 cents per day.

NEGROES WANTED – Persons having SLAVES to sell will hereafter find us located at the extensive establishment formerly owned by Hope H. Slatter. We have purchased his entre possessions on PRATT STREET, No. 244, at which place all who have SLAVES to sell will be sure to get the highest prices, when the negroes are young and likely. The place is now open to receive on BOARD negroes which are for sale at 25 cents per day. All communications will meet with prompt attention. 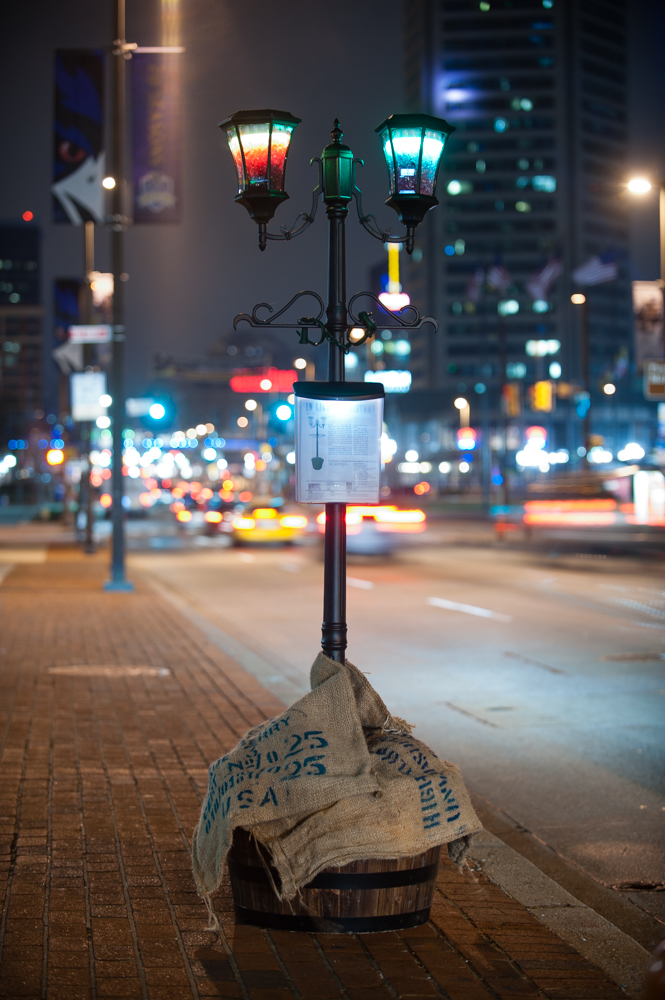 FOR SALE – A first rate cook, washer and ironer with her two female children. She is well qualified for her profession being a first rate pastry, beignet and bread maker. A situation in the country would be preferred. Her husband, a first rate coachman can be purchased if desired. Enquire at the Sun office.

FOR SALE – A COLORED BOY, 18 years of age, having 17 years to serve – understands attending and driving a horse. Apply at the Sun office. 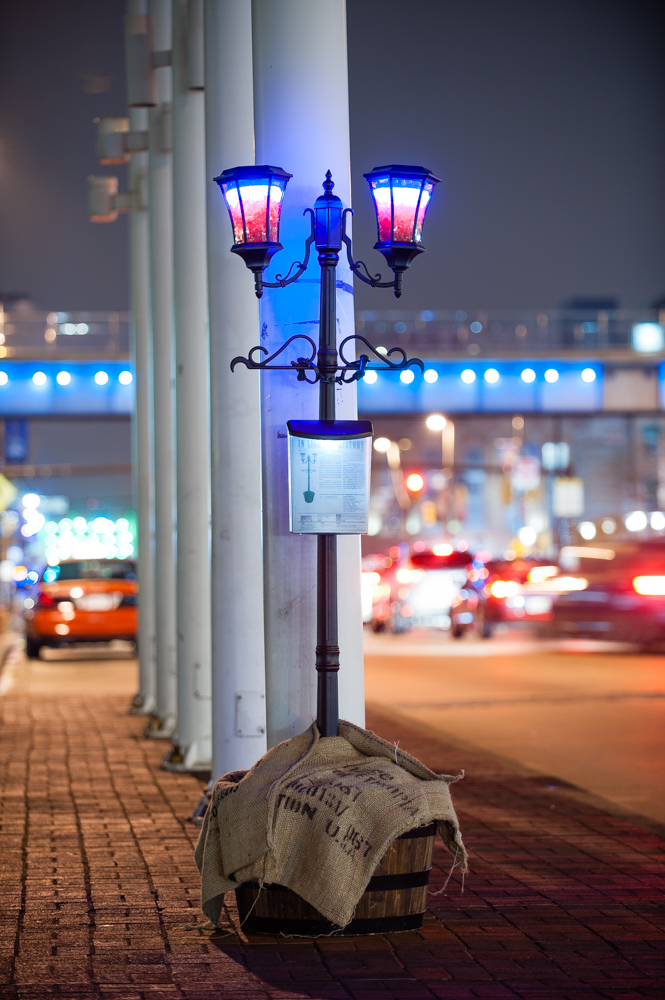 FOR SALE, a likely NEGRO BOY, about twenty years of age, and has near fourteen years to serve. He is a first rate hand with horse and will be sold a bargain, if immediate application be made to the subscriber, at No. 2 SOUTH CALVERT STREET, two doors below Baltimore street. 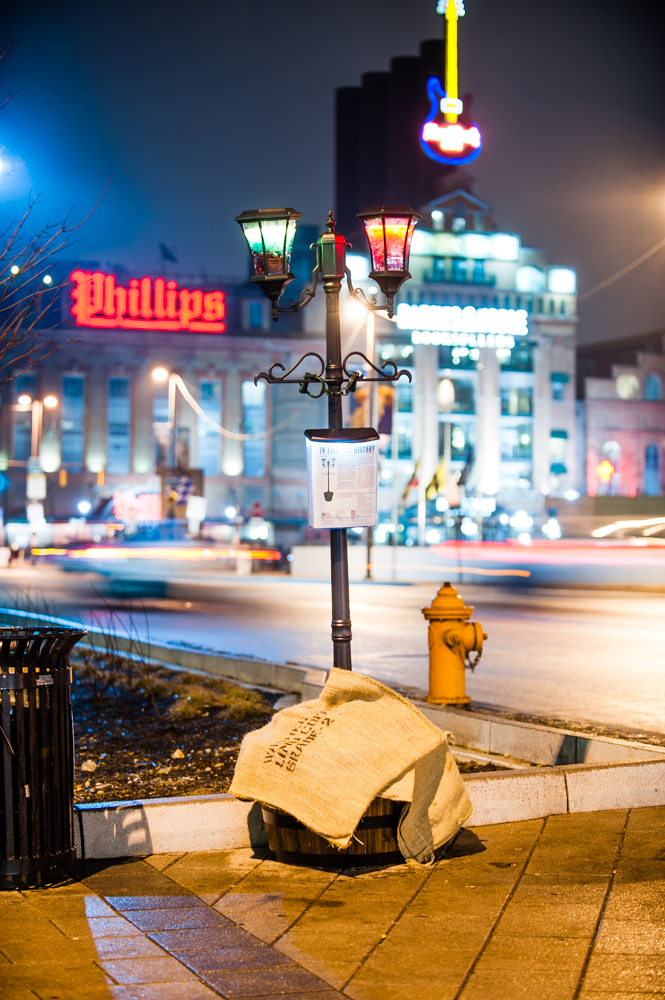 A Valuable Negro Girl for Sale by Auction
On Friday next, at the Old Exchange at 12 o’clock immediately after the sale of Dry Goods, will be sold a stout healthy Negro Wench, 17 years old, recently from the country.  Any person wishing to possess a valuable servant will do well to embrace the present opportunity. 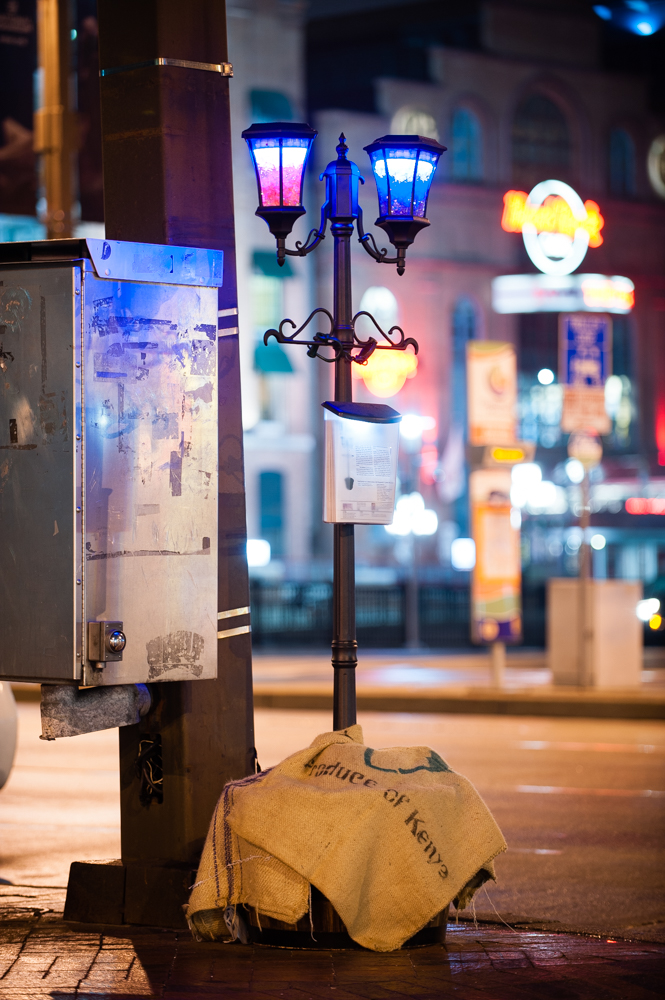 EASTERN SHORE SERVANTS FOR SALE. An elderly WOMAN, a slave for life, another to serve for a term of years, and a GIRL 12 years old, also, to serve for a term of years. These women are as good Cooks, Washers, and Ironers as any in the country, and the GIRL is a first rate nurse, and house servant for her size. They are perfectly sober, honest, good, disposed people, and are sold for no fault. They will be sold to good masters at low prices, either for cash or approved endorsed notes at sixty days, interest and stamp added, apply at the American Office. 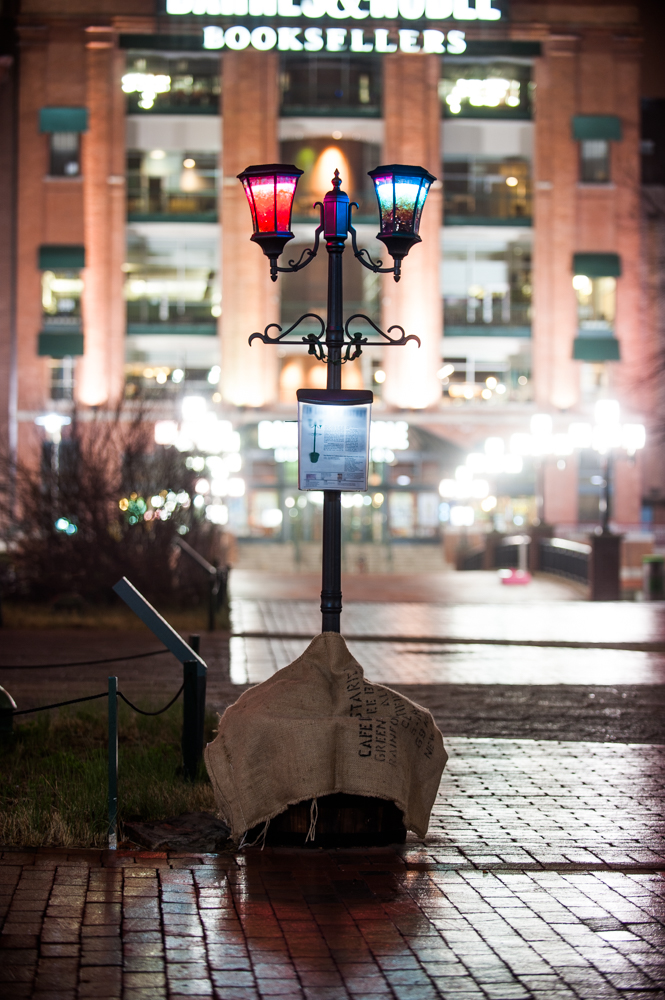 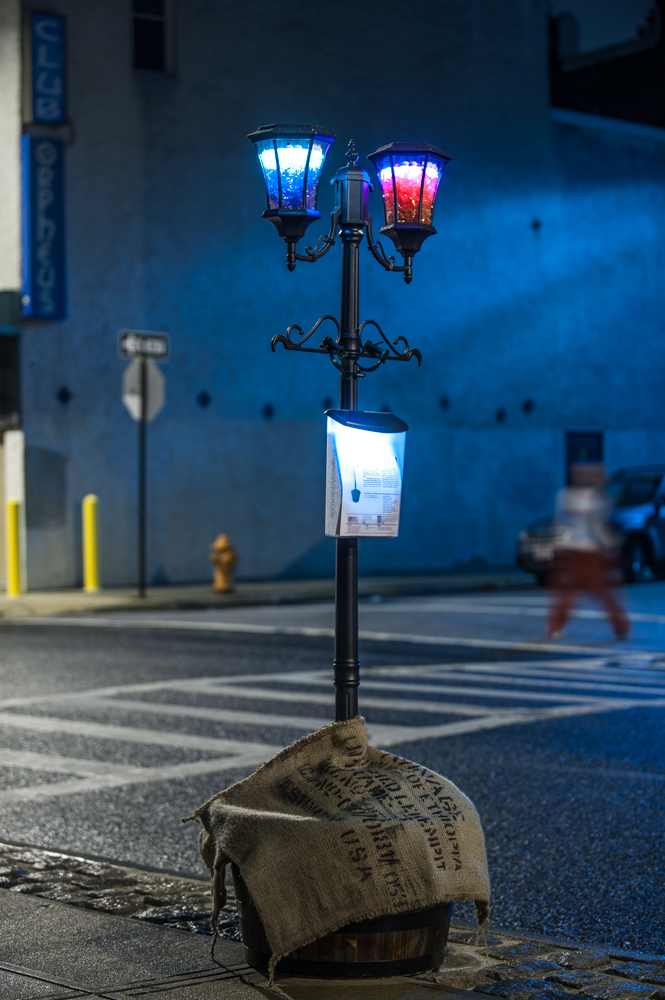 NEGROES WANTED —I will pay the highest price in cash, for any number of NEGROES with good titles, slaves for life, or for a term of years, in large or small families, or single negroes. I will also purchase negroes restricted to remain in State, that sustain good character. Families never separated. Persons having slaves for sale will please call and see me, as I am always in the market with the cash.

5,000 NEGROES WANTED – I will pay the highest prices in cash for 5,000 NEGROES with good titles, slaves for life or for a term of years, in large or small families, or single negroes. I will also purchase Negroes restricted to remain in the State that sustain good characters. Families never separated. Persons having Slaves for sale will please call and see me, as I am always in the market with cash.

Communications promptly attended to and liberal commissions paid by JOHN N. DENNING No. 18 South Frederick street, between Baltimore and Second street, Baltimore, Maryland. Trees in front of the House.