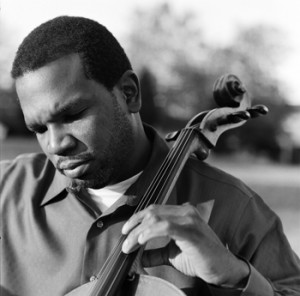 Much of his current work focuses on the Prison Industrial Complex and the many issues accompanying incarceration in its relationship to slavery. He has presented performances and visual art exhibitions across the country and has collaborated with educational institutions to address the issue of mass incarceration. Presentations have taken place in schools, active prisons and also inactive prisons such as Alcatraz.

In one of his largest installations, REWIND, he addresses social, and cultural issues in race, class and power by re-envision historical events, and connect to their relationships with current issues of power and injustice in America. His work is intended to be a powerful catalyst for community dialogue.  After wining the prestigious Mary Sawyer Baker Award in 2015, the cash award also came with a show at the Baltimore Museum of Art. The two 2015 showings of REWIND has garnered praise from Baltimore Magazine “Best Artist 2015”, Baltimore City Paper “Best Solo Show 2015”, Huffington Post, Artnet News, Washington Post, The Root, and  Real News Network.

Exhibitions of his work include opportunities for community interaction and dialogue around these issues, via workshops, artist talks, and community dinners with facilitated conversation.

He is a 2012 Creative Capital Grantee in visual art as well as a 2014 MAP Grantee for performance. In 2015 he was awarded a Joan Mitchell Painters & Sculptors Grant.

In 2013-2015, he was the Robert W. Deutsch Foundation Artist in Residence and Research Fellow at the Maryland Institute and College of Art